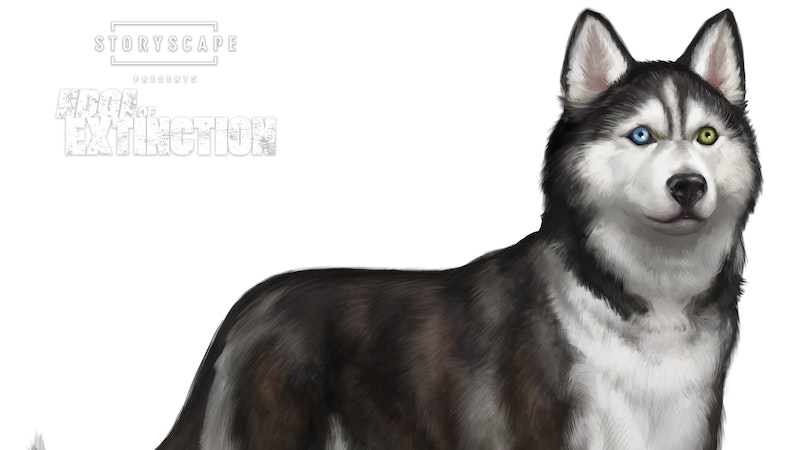 Behind the Scenes: Dog Design in Edge of Extinction

by The Fogbank Development Team

… Okay, now that you’re all caught up, today we want to take you behind the scenes of our MVP (Most Valuable Pup). This is your spoiler alert! If you haven’t caught up, you may see/read spoilers ahead.

Before we get too in-depth, in Episode 1 of Edge of Extinction you can find the dog’s previous name: Skadi (pronounced “SKAHD-ee”). To keep things simple, we will be referring to her by that name going forward.

Now, when it came to designing Skadi, her early design sheets summed her up in three words: Lovable, Protective, Tenacious. She’s described as about 3 feet tall (about 91cm to our fans around the world) and 5-6 years old in human years (30s-40s in dog years).

Edge of Extinction’s early show producer Kyler McLaughlin had some clear guiding words for her, “She needs to have a balanced look of being adorable, but capable of fending for herself. [She] will have big paws and heterochromia eyes.”

Here’s how Skadi turned out: 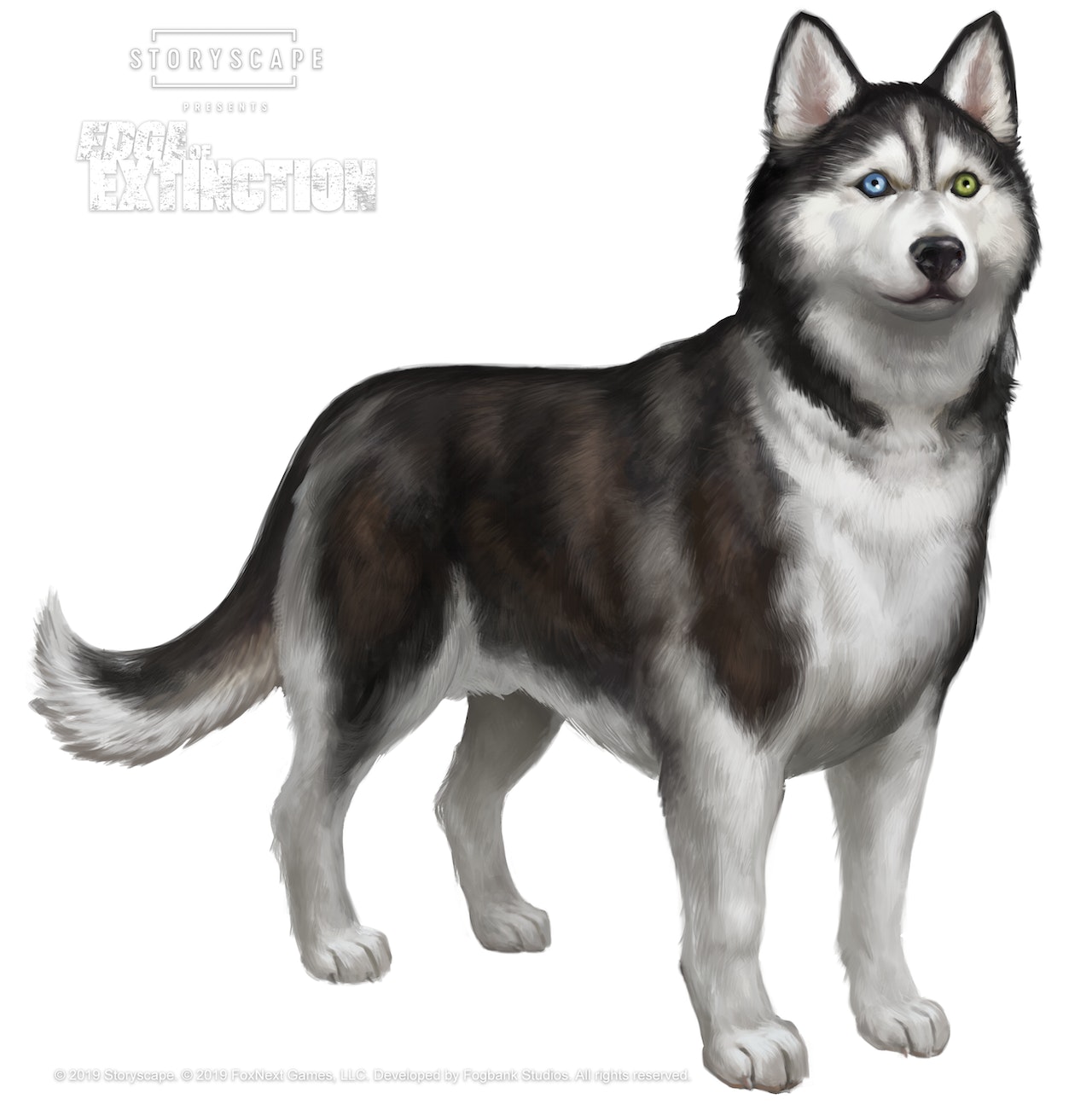 Skadi as she looks today!

However, when it comes to designing a full-fledged companion like Skadi, there’s a lot to think about. Edge of Extinction’s Cinematic Director Javier Espinoza answered a few questions about how she came to be...

Skadi is such an integral part of the Edge of Extinction show. When you first started on the project what were your biggest fears about working on an animal companion like her?

Javier: The biggest fear was that Skadi wouldn’t be as expressive as our human characters. Her performance had to land on an emotional and technical level, and it all had to get figured out within a short amount of time. Dogs are extremely expressive with both their face and body language and building our animation library to cover all the emotional beats that we would need was both extremely fun and daunting at times.

Now that you’ve finished, what was the most rewarding part of working on Skadi?

JE: I love seeing all the different names that people are giving her. All her names mean something and some fans have even discovered that “Skadi” means something.

Skadi underwent some changes from concept to end. What was the reasoning behind some of those design choices? 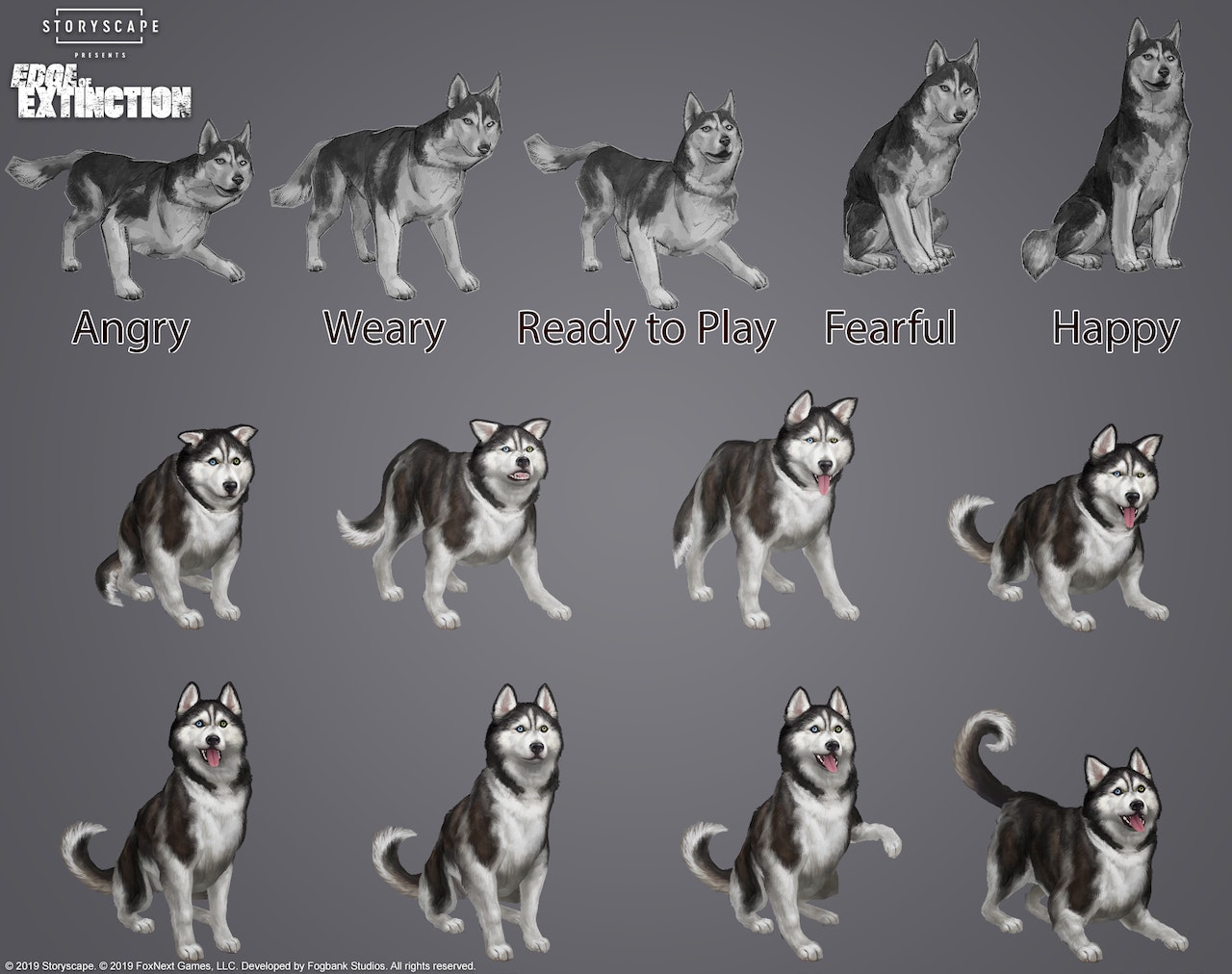 JE: It's challenging to design an animal that feels like a character. The first hurdle was getting her look right and the second hurdle was making her animate correctly. At one point we ran around the office showing the art to people to see if their first initial reaction was "awww.” After a few iterations in her design, every reaction in the office was instant excitement and that’s when I knew we had it. [Editor’s note: I remember this. My reaction was literally “awww.”]

While she can’t speak, Skadi is incredibly expressive! When it came to giving her a personality through animation, what part of her was the most important in the design process and why?

JE: Her face was the most important part to land. I grew up with dogs and I learned early on how they feed off your energy and provide emotional support. There are parts in Edge where the game asks you "how do you feel,” so part of my direction notes were to make sure we show Skadi after your choice to enhance whatever emotion you might be feeling. If you’re worried, so is she.

One of the most touching moments is the main character bonding with Skadi in Episode 1. What was your thought process behind directing that moment? 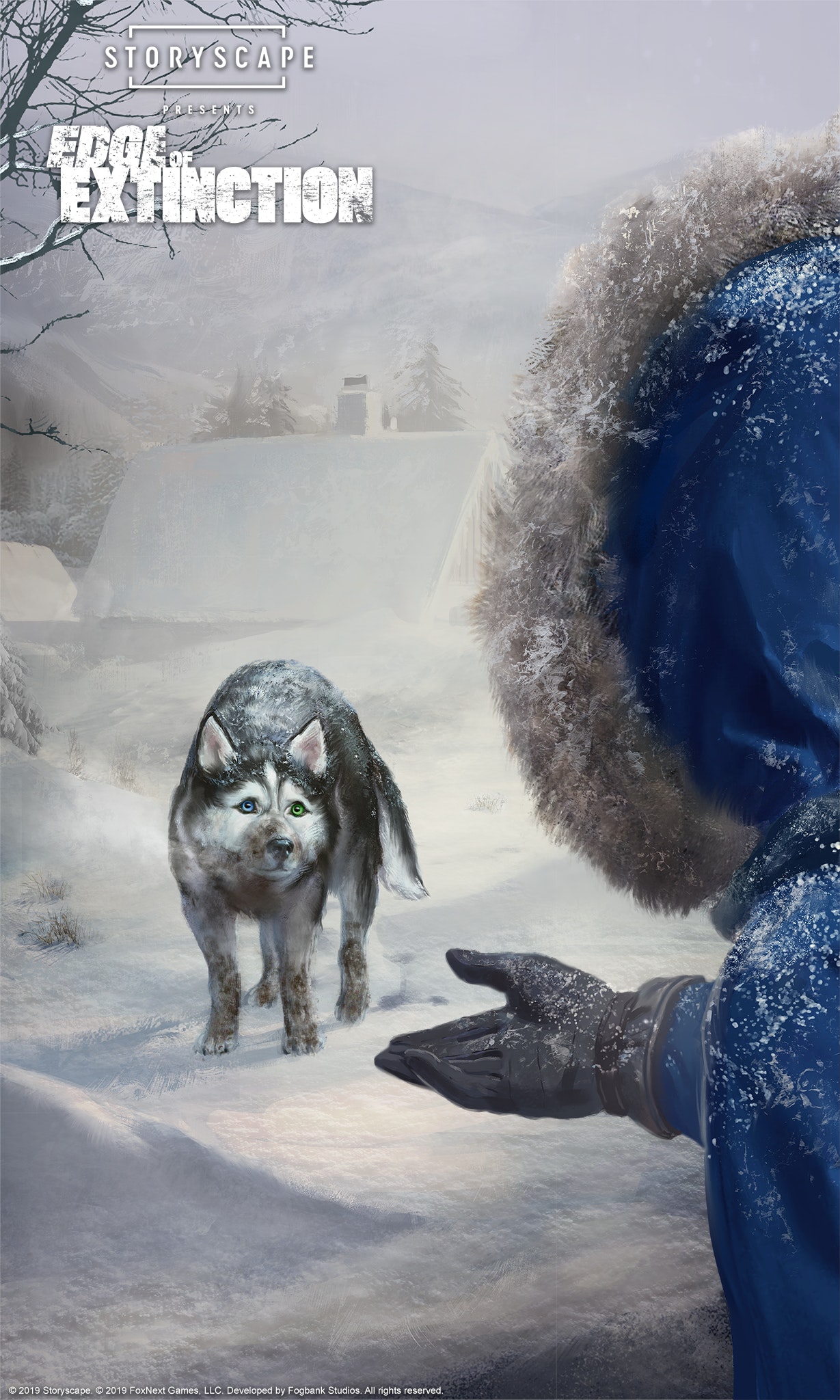 Reaching out to Skadi!

JE: Skadi and the main character’s arc in Episode 1 was about re-connecting. The first art piece of the player’s hand reaching out to Skadi was the setup. That's the universal thing that we do with dogs when we're trying to establish trust, we reach out. And Skadi's face had to be right too in tone and mood; she wants to connect as much as you do. And the payoff is the hug. I wanted the hug and pose to form a triangular silhouette because you can't tip over a triangle, it's a visually sturdy shape. It’s symbolic of the strong bond you just made with your new best friend.

As a personal huge Skadi fan, ouch, my heart! Thanks Javier, for your answers and hope you all enjoyed this behind-the-scenes look at Skadi. Tune in next time for another behind-the-scenes, and feel free to request topics on our social channels!

- From your team at Fogbank Entertainment

(And a huge shoutout to Jerica Manuel the cinematic technician who put all of Skadi's beautiful emotions together for these gifs!)